Svaneti Cuisine: What To Eat In Mestia / Ushguli PLUS Mestia Restaurants – where to eat in Mestia. Svanetian food is hearty, carbohydrate heavy dishes, perfect to keep you fueled up during the harsh cold mountain winters. Bread, potatoes, meat, and cheese come together with some unique flavourings that make these dishes 100% Svanetian.

Svaneti is a mountainous region in the North-West of the Republic Of Georgia. Mestia is the main tourist hub and a good jumping off point to explore the region – skiing, hiking, UNESCO heritage and more. Mestia restaurants are the best option for finding the most diverse selection of food which spans not just the traditional food of Svaneti but also other Georgian classics from other regions of the country.

Below, find our Svaneti cuisine and Mestia Restaurants guide to help you ensure you try all the most important dishes and find the tastiest restaurants to eat at.

Svaneti Cuisine: What To Eat In Mestia, Ushguli & Svaneti Region

As a relatively remote mountainous area which takes many hours to drive to (Though, now Vanilla Sky Airline also has a few flights), The people of Svaneti had to live through harsh winters using products that would store well (like wheat and potatoes). And ingredients that could be produced locally (Like Millet Flour, Honey, Beef and cheese).

Traditional Svaneti Food reflects these historic ingredients. You’ll find all of these dishes in Mestia, and most of them in Ushguli too.

Speaking of ingredients, one of the most important, which is used to flavour many dishes, is Svaneti Salt. Not exactly a dish, but an essential part of Svanetian cuisine. This unique local blend adds instant flavor and the taste of Svaneti to every dish it’s added to. Though ingredients may vary, they typically include dried coriander, dried dill, blue fenugreek, dried paprika, marigold powder (which give the salt the yellow color), cumin, coarse salt, garlic. Sometimes the garlic is fresh, but if you want the salt to keep a long time, dried garlic is used.

What To Eat In Mestia & Svaneti: Kubdari (Meat Bread)

A simple meat stuffed bread packed with flavor. Possibly the most famous Svaneti Food – and my favorite from this list. Chopped beef is mixed with Svaneti salt, onion, and garlic. Some finely chopped chili pepper is also a good addition, spice level varies due to personal taste. The meat is left to absorb the salty mix before being folded inside the wheat dough and then flattened into a delicious disk. Bake on a high heat until the edges are crispy, then enjoy!

Tashmijabi is mashed potato mixed with a lot of melty local cheese. If you can’t get Svanetian cheese, Georgian sulguni is the most typical substitute – it has a texture and melting style like mozzarella, but a slightly stronger flavor with just a hint of sourness. By adding a lot of cheese to the mashed potato, an incredibly stretchy (and fun!) dough is made.

Khachapuri is a national dish of Georgia. It’s a cheese stuffed flatbread. It takes many forms and each region of Georgia has its own specific version. With Svaneti cuisine, Fetvraal khachapuri includes one type of salty mountain cheese is used and blended with Svaneti Millet Flour – which, unlike many other millets around the world, is green! This specific millet only grows in Svaneti and is almost impossible to find in other parts of Georgia.

Want to learn more about the famous Khachapuri of Georgia? Read our full article on Traditional Georgian Cuisine – and listen to our podcast too.

Chvishtari is found throughout Georgia and normally features a dough made from corn flour and cheese – which results in a very dense cheese bread. Svaneti Chvishtari though is made with the local green millet flour. This makes for a lighter Chvishtari and, if you are lucky, a cheesier one too! 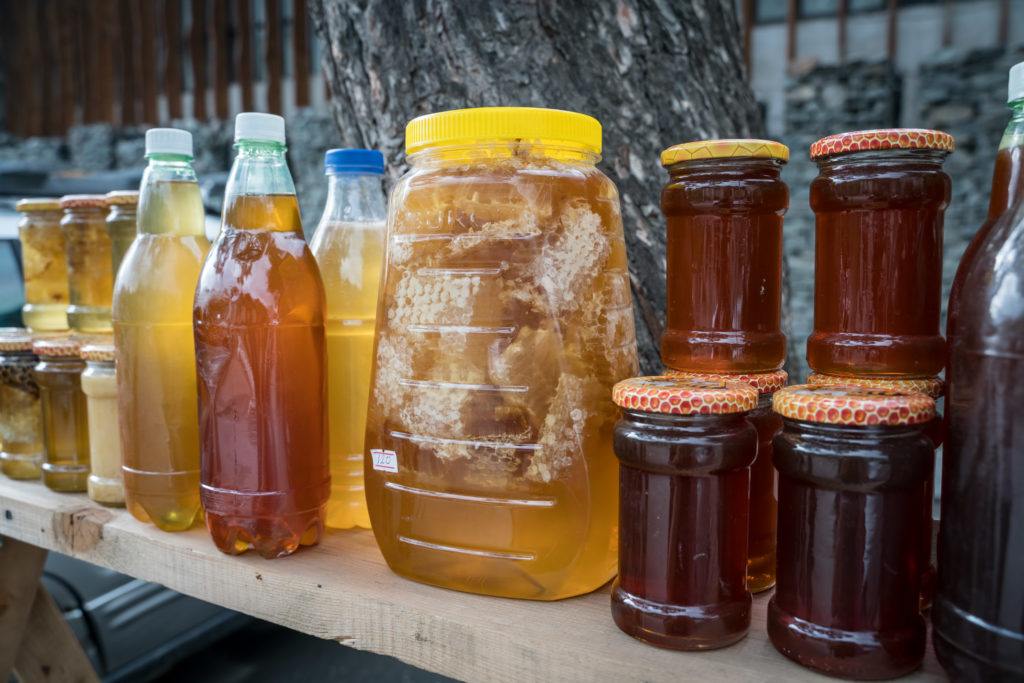 Honey is a popular product throughout Georgia. Svaneti makes their own unique honey from bees visiting the local wildflowers. You’ll see sets of beehives periodically at the roadside as you drive through the mountains. The best place to get honey is right from the roadside, rather than a shop, as you’ll be supporting the beekeepers directly!

Slightly less popular than the Fetvraal, you can also find Kartoplaar in a few restaurants if you want to have carbs in carbs. Potato blended with local cheese and stuffed inside the Khachapuri.

What To Eat In Mestia: Mushroom Kubdari

Probably the only vegan food on this list, and relatively rare to find – though you might be able to request it if it is not on the menu. It’s the same as kubdari except beef is substituted with mushrooms. Georgia has a tradition of going vegetarian during lent. The mushroom kubdari satisfies any locals need for kubdari, without breaking their lenten vows.

We Stayed At Chalet Mestia – Which was awesome and very central.

Support our blog by using our accommodation & tour links when you book. These links may generate a commission for us if you make a purchase. This does not affect the price of the product.

Mestia is not really a foodie capital and the selection of good restaurants is a little sparse. However, we managed to track down a few places with good traditional cooking, rather than just low quality tourist fare. These are our top 5 recommendations for where to eat in Mestia.

Our number 1 all round restaurant for both food and ambiance. Great versions of all the classic Svaneti food. The dough for the stuffed breads was crisped on the outside but fluffy and chewy on the inside. Great blends of flavor in every dish. As well as the standards like Kubdari, Fetvraal, Chvishtari, they also have a great mushroom & tomato stew.

They have a terrace with a view, some like international music some nights and they even offer cooking classes. Visit Old House Hotel & Cafe.

For an evening of Svaneti cuisine & traditional Georgian live music, Cafe Laila is the most popular choice in town. But unlike some of the other overly tourist restaurants, they’ve managed to maintain reasonable prices and not let the food quality go to pieces. It gets very busy during the ski season & high season in summer, so book ahead.

At 2340 meters, near the top of mount Zuruldi, you’ll find Zuruldi 2340 Restaurant. At the time of writing, the highest altitude restaurant in Svaneti. With fantastic views of Mount Ushba and glaciers, it’s not just about the food but also about that sensational view. That said, the food is actually good. Not the best, but good considering they have a captive market up the mountain.

Only open daytimes. Take the two chairlifts right to the top, starting from the Hatsvali chair near the Mestia Ethnographic Museum.

New Cafe Daeli @ Hotel Daeli is a bit of an anomaly for Mestia Restaurants, they actually have a slightly different menu rather than just the Svaneti & Georgian classics. Smoked pork ribs, large grilled trout, and a Georgian Caprese salad really caught our attention. A great choice for some less carb-laden options and a change from the norm. Just a minutes walk from the central park of Mestia.

Cafe Lanchvali – A bit of a hike up the hill at the north end of Mestia town centre. Nice views of Mestia with a good standard of food.

Sunseti Mestia restaurant – Another option for standard but decent food, right in the heart of Mestia town centre.

Looking for more things to do and eat in Georgia? Check out our other articles HERE

Pro food & Drink travel writer, photographer & podcaster since 2013. Tommo & his wife have now visited 95+ countries in search of food and wine. They decided to make Georgia (Country) there home base in 2018 and now Tommo runs food & wine tours.
PrevNext 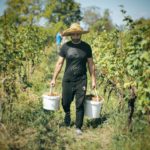 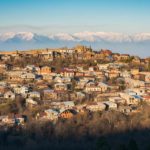 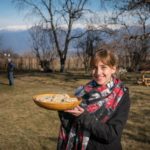